Over the past weekend I participated in Cycle Wild’s camping trip to the cabins at Stub Stewart State Park, about 40 miles NW of Portland. I’ve cabin-camped here during the Cycle Wild New Years Trips of 2011, (and here) 2012, and 2013, so I’m not going to go into the nuts-and-bolts of what it is here. (You should read the provided links for more backstory.)

It was a bit different this time, as it wasn’t on the holiday, as Cycle Wild has broken away from that tradition. During New Years we’ve stayed out for two nights (although April and I stayed even longer a couple times.) This time was just an overnight trip. Since I actually had Sunday night off, I toyed with the idea of spending two nights in the cabins, but I didn’t want to book a whole cabin for myself for Sunday night,* nor did I want to bring a tent and pad and just go tent-camp either.** Besides, I had stuff I wanted to do at the house on Monday.

It’s pretty magical when Stub Stewart has snow. While Portland isn’t really snowy in the winter, since Stub is in the Coast Range, with elevations 900 to 1,300 feet, it’s enough to see some snow in the winter. Two of the past three trips saw snow, so I was hoping it would happen this year. No luck, as it was too warm (mid 50’s F) for any snow. But I’m not going to complain too much about pleasant temps and barely any rain!

The main group of Cycle Wild riders (about 20 people) met up in Hillsboro at 10 am. Since I had done the ride oh, so many times before, and the ride was about 24 miles total, I decided to leave late and do my own thing. Sometimes I like the group riding aspect, sometimes I like to amble along, stop and take pics when I want, and all that. So I didn’t get into Hillsboro until noon (via the MAX light rail) and didn’t arrive to the cabins until about 3:30pm.

It was an interesting mix. Cycle Wild camping trips can be incestuous affairs, seeing the same group of friends trip after trip. There were familiar faces, but a lot more new folks or folks I haven’t seen much of. Unfortunately because of this there wasn’t as much of a “big group element” to things as Stub trips of the past. Because we rented five cabins and many people hung out inside all night, there were folks I only caught a glimpse of when I arrived and when they departed in the morn. I’m sure there’s one or two people I didn’t see at all! Anyways, I alternated between hanging with some folks in the cabins and some by the fire through the night, until I got tired (read: felt the effects of the whiskey.)

I woke up around 8 am on Sunday and took my sweet time putzing around and making breakfast. I didn’t leave until about 11 am, leaving Stasia and myself as the last people there. I decided to take a side trail off of the Banks-Vernonia for a little bit. The 0.4 mile spur led to a “viewpoint” that was simply more of the same foresty view you can see from the main trail, but oh well, it’s nice to be in the forest!

I had a lunch break in the town of Banks, 12 miles from Stub Stewart and the end of the trail. I could have taken the direct way back to the MAX station in Hillsboro, another 12 miles, but I opted for a longer ramble. Since I don’t get out this way much, might as well take advantage of a beautiful day, right?

I used to joke that the reason why so many Oregon Randonneur events started in Washington County (the west side of the suburbs) because OR Rando is dominated by people who live on the west side. While this is somewhat true, over the past few years I’ve come to realize the real reason: lots of peaceful, scenic roads not too far away from “civilization”.*** I’ve ventured more and more out this way to explore. So it was fun taking a ramble out this way, some of it on gravel! The big problem is when one gets closer to civilization again. The roads retain the look and feel of the “peaceful” country roads further out, but the traffic greatly increases. The Washington County Bike Map is somewhat helpful in negotiating this demilitarized zone, so to speak, but it still could be better.

Soon I was back within the urban growth boundary. After a snack at New Seasons, I made it to the Quatama MAX station just before 4 pm, a bit tired, but fulfilled.

Check out my route from Stub Stewart to Quatama here.

Stasia’s report of the trip here.

Pete’s report of the trip here. 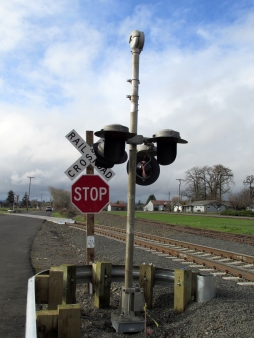 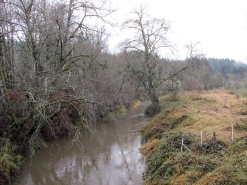 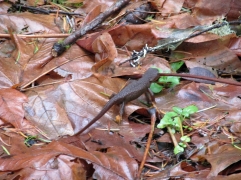 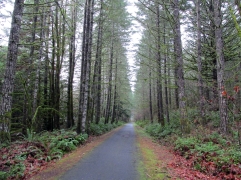 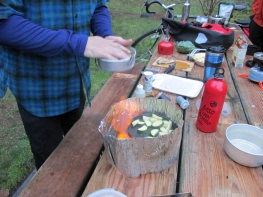 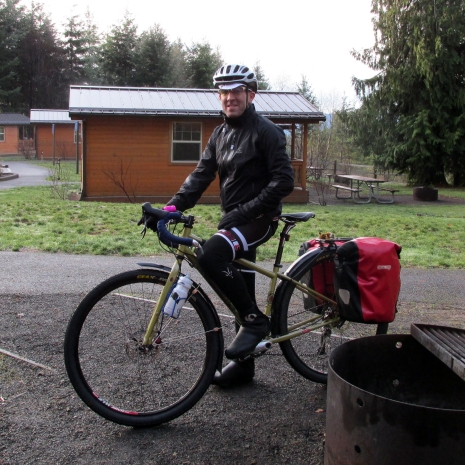 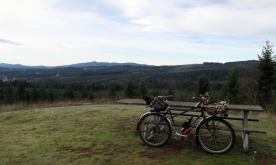 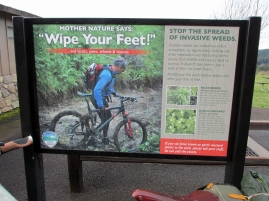 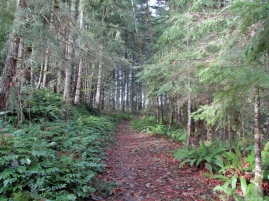 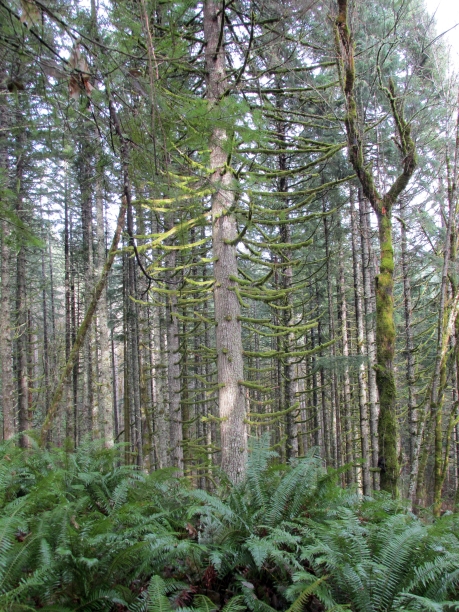 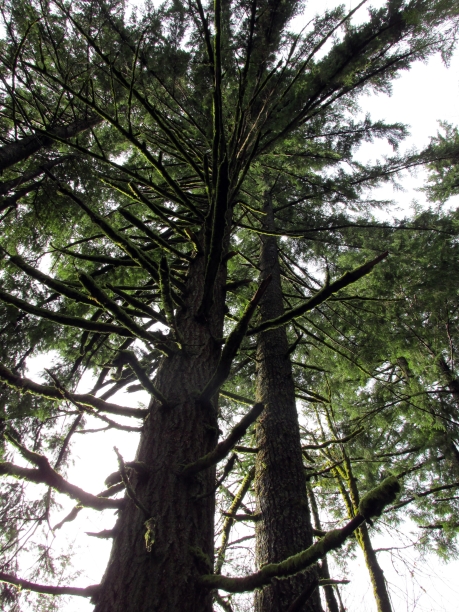 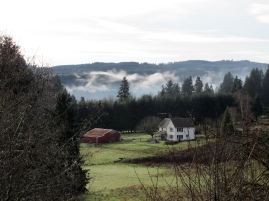 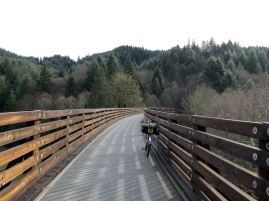 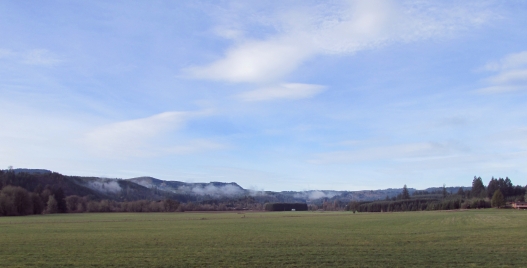 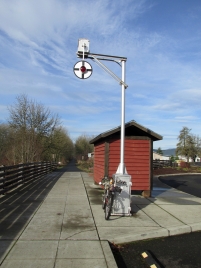 *Cabins are $44, plus an $8 reservation fee. Not super-expensive, but I was pretty broke this pay-period and didn’t want to plunk down that kind of cash. It would make more sense if I could find a couple people to split the cabin cost with, but finding folks willing to stay on Sunday night isn’t easy.

**I’m not really that into the idea of solo tent camping in the winter at the moment.

***And unlike Clackamas County, the suburban county to the south that also has a fair amount of peaceful, scenic roads, the drivers in Washington County don’t seem to be out to kill you.

Boise Trip, 15 September 2021: Departing Portland by air.
Journal Comic, 21 Sept 2021. Sunset/Moonrise last night.
Roseway Neighborhood Mural, 12 Sept 2021
I’ve been hosting the Three Speed October Challenge since 2016. The concept of the challenge is simple: Ride your three speed during the month of October! Here are the basic stipulations of this challenge:
Hey folks! After a wet weekend (very much needed) we have a nice and dry Monday. The full moon is tonight, so it’s time for a Sunset/Moonrise Ride!
Photos from a late summer trip to Central Oregon, including Smith Rock, Cline Falls, Crooked River Gorge, and Cove Palisades. 23-26 August 2021.