Nice days in October. Seize the opportunity when you can, because in another month, you’ll be less likely to want to stay outside all day.

Earlier last week, I noted that the weekend was going to be sunny and dry, with a high around 65F/18C. This would probably be the last “real nice” days of 2017. So…bike camping? I thought about going somewhere different, like Champoeg. But at last week’s Three Speed Ride, I heard Todd B talk about going bike camping for the weekend of Oct 14-15. I told him I was interested, but it would work best for me if it was Sunday-Monday instead (Oct 15-16.) He could do it, and then suggested we do this as a Three Speed Camping Trip, he on his Brompton, me on my Raleigh Superbe. Sure! I hadn’t been on a three speed camping trip since June of 2016, the trip to Ainsworth in the Columbia Gorge, so I was overdue for some three speed camping action. I said we should go to Battle Ground Lake State Park in Clark County, Washington, since it’s relatively close but yet a “respectable” distance away (25 miles from my door), easy for Todd since he lives in Vancouver WA (so I can meet him along the way), and just a nice camping destination in general. A trip was born.

It’s been awhile since I used the Superbe as a camping bike, so Sunday morning was a furious whirl to set it up. Of course, I’d use my Carradice Camper Longflap saddlebag, as it basically lives on this bike. But I’d need more capacity. I thought about using my panniers, but felt I didn’t need that much capacity. So I put my Treetop small saddlebag on my handlebars. It’s about the size of a good handlebar bag, so it did the job well. The only issue was cable routing, as the bag got in the way of the cables. Everything still “worked”, but I figure if I do this setup more regularly, I need to get some longer cable/housing routings to give more room to the bag. For an overnight trip, I wasn’t sweating it too much.

I met Todd at his house in the Carter Park neighborhood of Vancouver around 1:30 PM on Sunday. From there, it was a ninety minute ride to the town of Battle Ground. Over the years I refined my route to be as “nice” as possible, which is a tall order for suburban and exurban Clark County, an area with a lot of strip malls and subdivisions, or a more rural landscape dominated with narrow roads and aggressive traffic. My route avoided as much of that as possible, though we did do a couple miles on ho-hum “Highway” 99 through the strip mall hell of Hazel Dell. It did have a bike lane, and a more gradual hill out of the Burnt Bridge Creek valley than my preferred route of Hazel Dell Ave. After Hazel Dell, it was some nice rural riding, except for the “road closed” section of Salmon Creek Blvd we managed to squeeze through!

We had an early dinner at Barrel Mountain Brewing, since Todd B wanted to avoid figuring out dinner at the campground. Growlers were filled, and we pushed our bloated bodies the final three miles to the campground. We got to Battle Ground Lake State Park at 5 PM, which meant we still had a little bit of daylight to set up. (Sunset was at 6:24 PM, yeesh!) Even though it was a Sunday night in October, there was a surprising number of folks camping, including in the walk-in sites where we stayed. (Guess everyone had the same idea we had! 😉  ) These sites were a third full, but since they are spaced out pretty good, we didn’t see our neighbors.

The night was good. We had a fire, talked about our lives while drinking some beer (and bourbon), and listened to shortwave. (Radio New Zealand came in good.) The sleeping was okay, it got down to about 40F/4C and I stayed pretty warm. The only disturbances came from Todd’s snoring (sorry!) and a distant pack of coyotes that was REALLY getting into the yelping and yowling thing.

In the morning we had a bit of breakfast. Since we are in the midst of the Coffeeneuring 2017 Challenge, of course my bike camping coffee was going to count towards this! So for Coffeeneuring purposes, this was Ride 2. I had some New Seasons blend via pour over, using my trusty Trangia 27 backpacker’s stove as the hot water method. It was lovely.

The ride back was good. We had a brief stop for coffee in Battle Ground, then got lunch at Heathen Brewing in Vancouver. Todd had to do some work, and I rode across the Interstate Bridge back to Portland, getting home around 4 PM.

*****
And yep, the Raleigh Superbe handled the camping trip well. I had enough to be comfortable for a night. The riding itself was fine, too. There are a few small hills but the landscape was fairly flat to rolling. The only time we walked a hill was going south out of that dastardly Burnt Bridge Creek valley. (I almost thought I could ride the whole hill, but I mistakenly thought I had a flat at the base of the hill, and getting off to check it killed my upward momentum.) Todd also had no issues with riding his Brompton. So remember folks: Three Speed bikes are more capable than you think! 🙂

And yes, this ride counts towards my Three Speed October Challenge! Since the rules say that each segment of an overnight trip ride can be counted separately, this was Week Three, Rides One and Two. One more after this, and I’m done with the challenge!

This trip pretty much wraps up my bike camping/touring season for 2017. After this point, the days are just too short, and I don’t relish camping alone on a long and cold (and possibly damp) night. November and December are generally out of the picture. (It doesn’t help that I’m going to be fairly busy then, too.) I mean, there’s always the slight possibility that I could do another, as I have camped on Christmas Eve, but it’d have to be a camp out with other people. Once the New Year hits and days grow longer, and more importantly the itch to bike camp comes back again, it becomes increasingly likely I’ll go out to camp. But for now, time to put the tent in the corner. 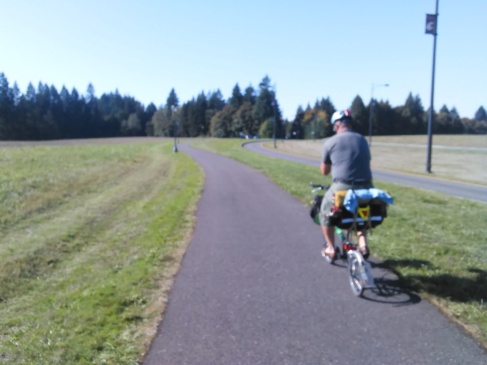 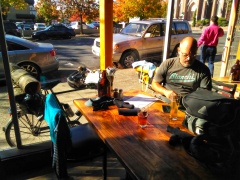 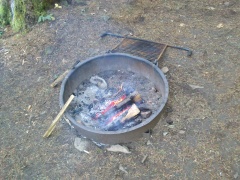 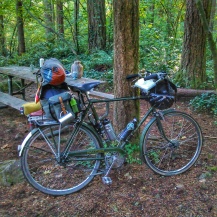 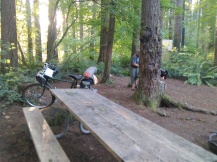 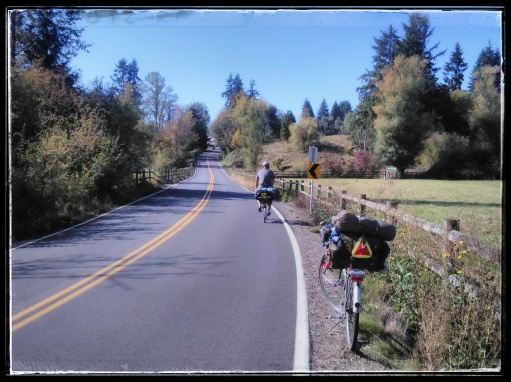 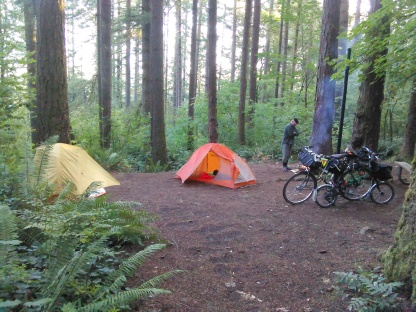 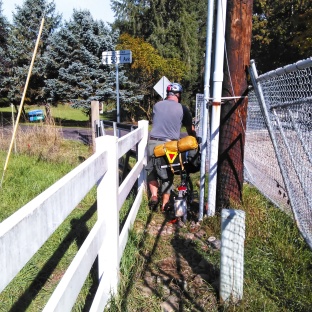 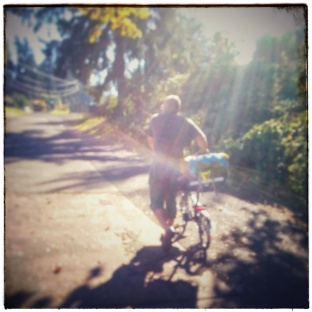 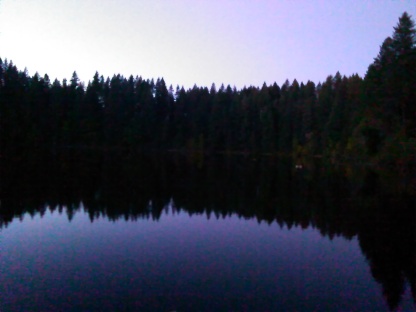 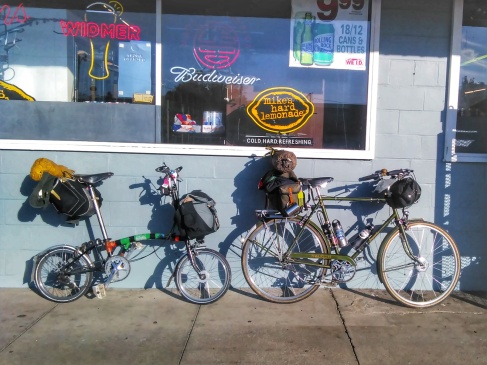 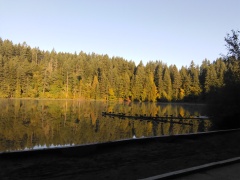 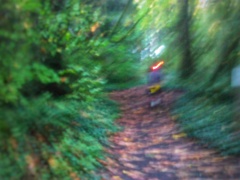 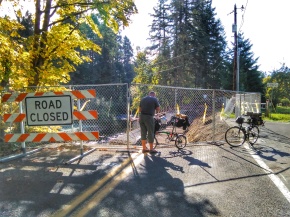 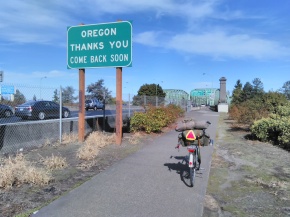 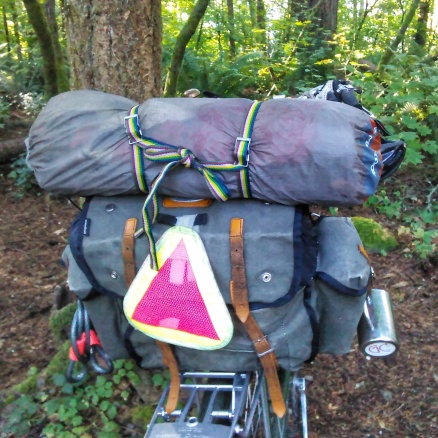 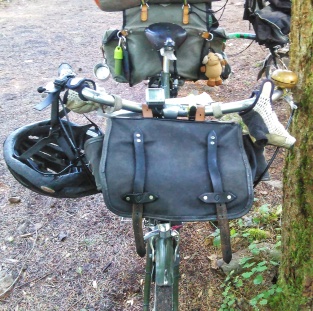 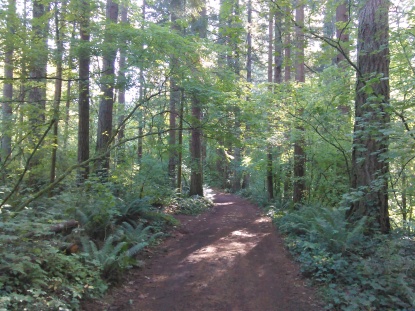