And now for something completely different: A hike!

Y’know, it’s been a long time since I went on a foot adventure. And I really don’t know why it’s been a long time, but the time to rectify is now. I’ve been itching to get up into the Tualatin Mountains, aka the West Hills, the spine that runs along the western fringe of our city with heights of 800 to 1200 feet. It’s what separates Portland from the western suburbs, and besides some very expensive houses it contains a lot of parks and natural areas. The two key ones are Forest Park, a large urban forest preserve, and Washington Park, Portland’s showcase park featuring the zoo and the Rose Test Gardens. But a lot of the park is “just” wooded greenspace. Through it all winds the Wildwood Trail, a 30 mile path totally within town!

My goal was to hit up some of the Wildwood Trail and at least get to the Hoyt Arboretum in Washington Park. Since this was a foot adventure, I took the bus from my house into the Lloyd District where I hustled a quick breakfast, then got on the Portland Streetcar to get over to the NW. I could have taken a bus all the way to the trailhead at NW Thurman and 30th, but wanted to walk a little through the neighborhood, since it’s been awhile. This part of town was where I spent my first month in town, so I got to know it first, but even then, I knew it was a bit too tony for me.

The hike started at the Lower Macleay Trailhead by the Thurman St Bridge. The Macleay trail climbs up the gorge formed by Balch Creek up to the Audubon Society grounds. I always dig walking along this all year creek, as it reminds me of exploring the numerous brooks around Connecticut in my youth. At the Audubon Society I took a quick break and checked out a few of the trails there, while observing some of the wildlife rehabilitation they are doing. (Namely, I sort of made friends with a raven here, but he never said “nevermore”. 😉  )

From here, the Wildwood Trail really climbs for about a mile up to Pittock Mansion. While it’s never that far from a neighborhood or arterial road, it feels a world apart in the woods. The Wildwood is generally in good condition, pretty smooth and free of rocks and roots, and with moderate grades, so even though I was definitely climbing it’s not as much work as some trails I’ve been on. Then Pittock Mansion, a grand estate and one of the highest points of the city! (About 950 feet in elevation.) And of course a great view, which I soaked up. Even though the day was cloudy and there were intermittent sprinkles, I got to at least see the snowy base of Mount Hood, so a win!

From Pittock, the Wildwood Trail descends down to the canyon which West Burnside is in (and features a very sketchy crossing of that street) then enters Washington Park, or more specifically the Hoyt Arboretum section. This is possibly my favorite section of the park, and I’ve spent many a winter day trampsing through the tree museum. My favorite spot is the Redwood Grove. While the trees are nowhere near the size of the giants in California, you still get a small feeling for what it feels like walking through a redwood forest.

I rambled around the arboretum a bit more. By then, it was approaching five, and my feet were definitely sore and tired from all the walking I had done, so I decided to take the MAX light rail down into town and hang out in the Goose Hollow and NW neighborhoods a bit. (I had hiked about seven miles at this point.) I think it’s partially because I’m out of walking shape, but also that my Clark’s chukkas are just OK for this type of stuff. I should invest in a good pair of hiking boots, esp. since I don’t have any “real” boots right now, and I would like to do some backpacking in the near future. It’s funny, I have not done any overnight hikes, even after all the years of bike tours! So I have the gear (except a backpack and boots) but just need to make the jump. There’s plenty of places to go close by…

In the meantime, I just need to do some more in-town hiking!

View the route of the hike here. 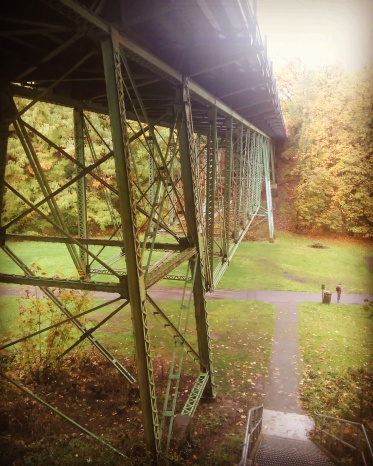 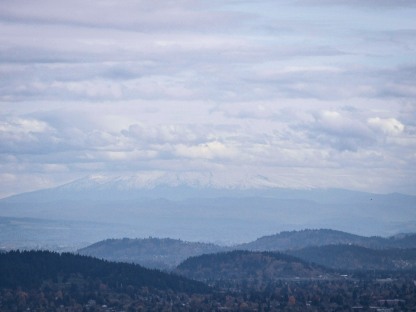 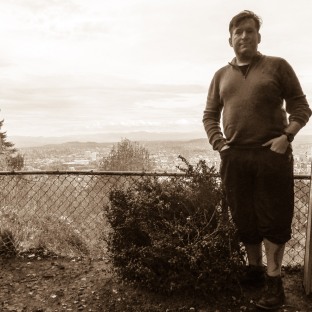 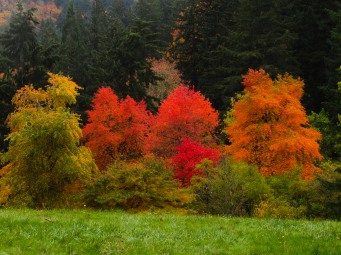