Versatility: It’s what I like in my bikes. And the Bantam Rambleneur was designed to be my most versatile bike ever. Load it up with a bunch o’ stuff? Sure. Strip it down? No problem.

I got the Nitto Mark’s Rack installed on the front of the Bantam last month. One configuration with the rack is the Wald basket (with or without a barrel handlebar bag) popularized by Rivendell. I had that on both my Raleigh Crested Butte and my Bridgestone XO-3. But a small front rack is also perfect for a randonneur styled handlebar bag.

And you might not remember this, but I DO have a rando bag! It was built by North St Bags as a custom one-off project. I used it on my Surly Long Haul Trucker from when I got it in the spring of 2012 until I sold the Trucker in late 2013. Since then, I haven’t had a bike set up to take the bag, so it’s been sitting in the corner since then. Surprisingly, it’s managed to survive all my various bike purges over the past two years! Even though I have come to like the front basket/barrel bag approach, I knew at some point that I might use the rando bag again.

So this week I had a decaleur receiver installed to the Bantam, so I can use the bag. It fits the bike well! I haven’t had much chance to use it, but it looks good on the bike, especially since for now I’ve taken the Carradice Camper Longflap bag off the bag and replaced it with a Treetop saddle wedge bag. All stripped down and sporty, and ready for something like a randonneuring ride!

Speaking of which, there is a 100 km populaire rando ride going on this Saturday.* I signed up for it and have the day off. I’ve been meaning to go on a randonneuring ride for awhile, since I haven’t been on one in three years. It’s funny, at one time I thought I was going to really get into randonneuring, but that hasn’t happened for a number of reasons. Rather than give up totally, I’ve promised myself to give it one last shot.

Of course, as the weekend approaches I’m having second thoughts. For one, the weather is supposed to be miserable, and I don’t relish riding 60 miles in all-day rain. And there’s only 14 riders signed up as of now. Fourteen! For a populaire! I’ve been seeing photos of last weekend’s Seattle Randonneurs populaire, and there were A LOT more people than 14. I know, the amount of people shouldn’t matter, but Oregon Randonneurs events aren’t as popular as they should be. Or could be.

But mostly I’m worried that I can’t do it. I haven’t done any real distance riding lately. I know that I can ride a metric century, but it’s been eons since I’ve done it in a specified timeframe.

And honestly, I don’t know if I’m really into this whole randonneuring thing after all. Five years ago, I thought I would get into it more. Five years ago I had just come off a four month bike tour, so I was in better shape. Also, five years ago, I had more friends randonneuring. Now they’ve either moved on to other things, burnt out by the local rando “scene” or moved to better rando scenes like Seattle. And that whole camaraderie thing I get from other bike events isn’t there. You might say hello to a fellow rider at the start and during the ride, but when you get to the end, you encounter a mostly empty parking lot with no one around to hang out with, just an event volunteer eager to collect your brevet card so that they can go home. 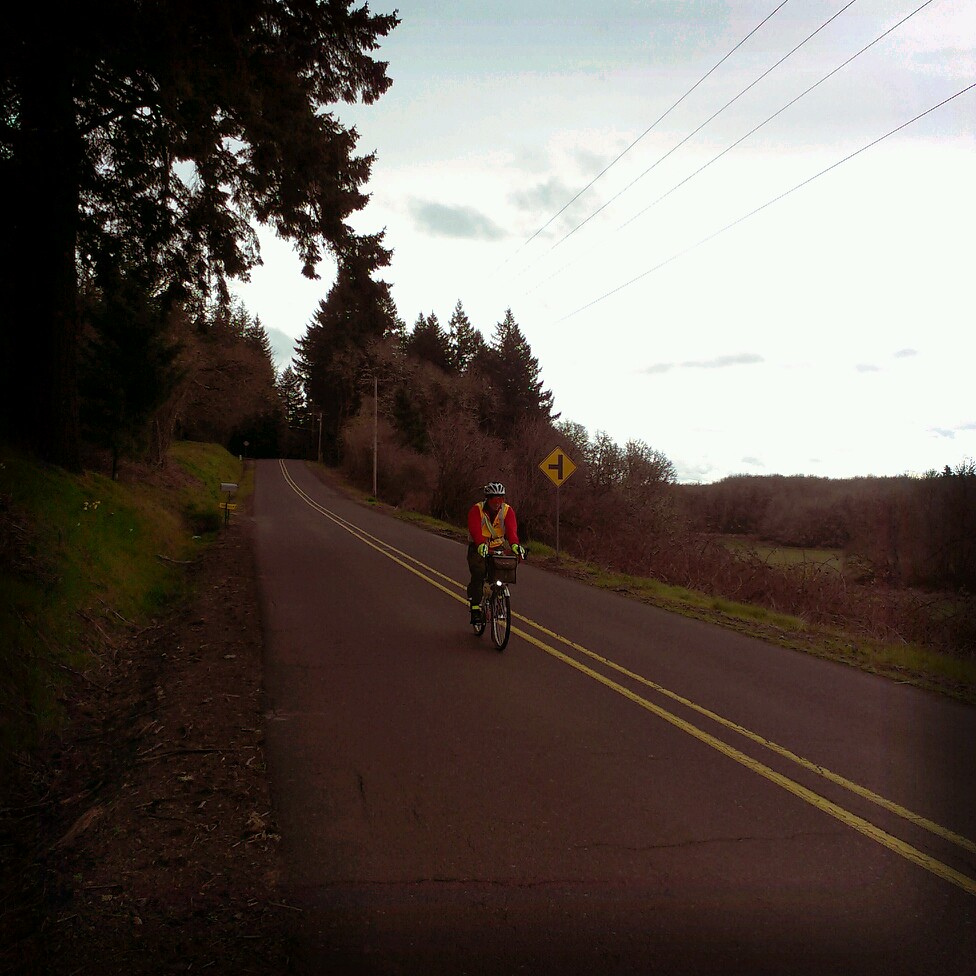 But then I look back at the report I did for the last time I did this particular 100 km ride (Rickey’s Populaire) from three years ago, I see that I had fun. Also, the weather report was equally bad, but the weather held off for the most part. Seeing the photos from it makes me want to go out again, if nothing to explore the areas of Washington County I rarely tread.

I don’t know if I’ll do more randonneuring rides after this one, but at least I’ll give it one more try.

*Of course, the Dalles Mountain 60, our first big “gravel grinding” event is also happening Saturday, and that’s something I’ve always wanted to do. But I think for my current fitness level, it’d be a bit too much. Maybe later in spring when I’ve done more riding.

14 thoughts on “Randoizing the bantam, and rando in general.”