When my alarm went off at 3:45 am, I had to ask myself if I was crazy for scheduling a ride so damn early. But sunrise waits for no one, I was on Mr. Sun's schedule. And people were expecting me. So up I got, rolling out the door in the predawn hours. Rocky Butte... END_OF_DOCUMENT_TOKEN_TO_BE_REPLACED 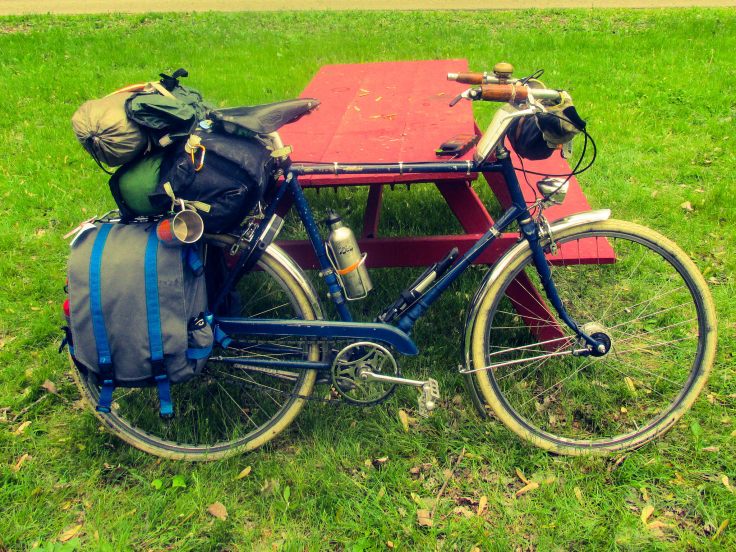 Yes, friends, I have been threatening a three speed bike camping trip since SoTS was founded. I almost did one last year,  but decided to go up to the San Juans during that timeframe instead.* (Sorry Dana and Steve!) But after getting back from my three speed camping tour in Wisconsin, not only do I know that it can be done, but I’m excited about doing another one!

Details are still being worked out, but it will happen Tuesday August 25 through Thursday August 27th. The destination will be Ainsworth State Park out in the Columbia Gorge, a ride of about 25 miles from the end of the MAX light rail line in Gresham. The Columbia Gorge is a beautiful area, and one of my favorite rides in the whole Northwest!

I hitched a ride from Minneapolis on Friday afternoon, courtesy of Paul's mom. (Thanks!) I killed a few hours checking out the town, getting some new stoneware along with chowing on some excellent pizza and drinking fine beer from Red Wing Brewery. (My favorite: The Remmler's Royal Brew, a recreation of a Red Wing brewed... END_OF_DOCUMENT_TOKEN_TO_BE_REPLACED