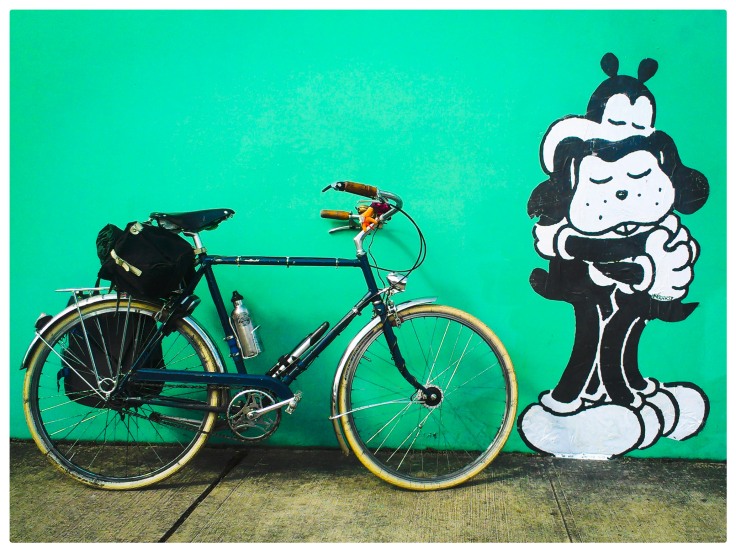 I didn’t realize it until I was in the shower on this Saturday morning: This day has significance. No, I’m not talking about significance in the US/World history sense (and to note: it is the day that MLK was killed, not a great anniversary.) And not in a Successories “This is the first day of the rest of your life” sense. No, April 4 is a significant day in my personal history: It’s the day I moved to Portland.

On April 4, 2001 I departed Amtrak’s Empire Builder at Portland Union Station and started my Grand Portland Adventure. It’s had its ups and downs, but for the most part there wasn’t any other place I wanted to have that Adventure over the past fourteen years.

Like anything to do with the passing of time (or getting older), it’s weird to think of that day. On one hand it feels like it could be yesterday, on the other hand it seems like another lifetime. In a sense, it was, as I’ve had many “lifetimes” living here in the Rose City.

Man, 2016 will mean fifteen years of living in Portland. Fifteen! It’s not the longest I’ve lived anywhere (I had 24 years in Connecticut, my home state) but sometimes it feels that way. And it gets harder and harder to remember my life back in the Constitution State. My old life becomes more a collection of hazy memories of things done with people I haven’t talked to in a long time.

But how much longer will I be celebrating this anniversary?

I’ve made a few noises over the past few years about moving out of town. While there’s always a bit of romance involved with starting over in a new place, for the most part those impulses have subsided. But what I (and many other folks) in Portland worry about is leaving not out of desire, but out of necessity. Of being priced out of the city they love(d). It’s one thing to move because you want to, or want/need a change, it’s another to move because you feel forced to.

While at the basic level the Portland of today is still the city I fell in love with in 2001, there have been many changes. An influx of new folks that increases exponentially each year, and with that means a more crowded, more expensive city. I’m not going to be one of those who feel that no one else should move here, that Portland should be “closed”, or that there was a “perfect” time 10/20/30/whatever years ago, but when more people move into the same space, something’s gotta give.

I’ve lived for the past year and a half in Woodlawn, a neighborhood on the northern edge of the city. I like the neighborhood okay and we have a great deal on the house. But it’s a rental, and the rent may go up at some point, or they decide to sell the place. And it’s a seller’s market right now. How much further do I need to move out to be able to survive? Oh sure, I can always get a “better” job, but I’d rather not pay a lot on rent if I don’t have to. And I’d like to live alone at some point, but that notion gets harder each year. What do I do next? Move to one of the neighborhoods on the far east side of town along with everyone else forced out of the closer in neighborhoods? A suburban apartment complex? Across the river into Washington state?

The problem has become cliche. When I meet with people that have been here awhile, we start talking about the changes, how expensive housing has become, then start worrying aloud about what to do. No one has a good answer.

I still love Portland. It’s overall been a good place to me. I’ve learned a lot about this town and this area. I still love the Pacific Northwest and right now I don’t want to live anywhere else. Hell, there is still so much to explore around here, which is its blessing and curse. (I could do a month bike tour around the state and feel like I haven’t seen everything. If I did a week tour around Connecticut, I’d feel like that’s too much!)

But I wonder how long it’s all going to last.